You can Help Bereaved Individuals Break Free of Grief’s Grip Today.  REACH BACK & HELP UP! 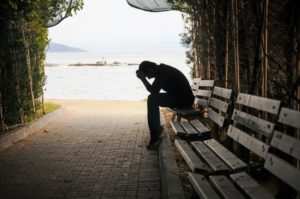 Forget You Not was developed after Wraquel Brown experienced the traumatic loss of her mother who beat brain cancer twice, only to die unexpectedly a few weeks later from a virus that turned sepsis and claimed her life within 24 hours. Wraquel went into a deep depression that kept spiraling downward and turned into complicated grief. No longer desiring to leave the house or to be around other people she left a job she loved and remained in her room for months and no one knew except her husband. How could her “friends” and family not know that she was suffering in silence? They assumed she was doing fine, THEY FAILED TO ASK THE RIGHT QUESSTIONS.  She likened grief to a domestic violence relationship. She felt forced to remain silent while her perpetrators (grief /trauma) held her hostage and had their way with her.  She described her grief as a strong, thick overwhelming presence.  Of this time, she reflects: “I had to learn how to control grief, instead of it controlling me. I depended on God to bring me through and I sporadically attended general therapy sessions until I received strength to attend regularly. General therapy helped with my depression, my Doctor Ron Brown PH was wonderful, but I was still tormented by displaced grief. During the time I was in therapy I did not know that what I was experiencing was grief and because I did not know the words to use to describe what I was feeling, I kept it from Dr.  Brown. Through trial, error and MUCH research, I learned general therapy IS NOT enough, especially when you have specific issues. It is Very Important to see a specialized counselor trained in what you are experiencing. Please Be Aware, it may take various types of treatments for your Complete Healing, but It Is Well Worth It!” GRIEF / TRAUMA RECOVERY IS POSSIBLE.

Forget You Not, Executive Director, James Brown also experienced loss.  He shared, “when I lost both of my parents, especially my mom, as a man I didn’t seek grief services. I thought that was a sign of weakness. I kept moving forward not realizing that I needed help and that help was available. I did not know I had an option to take FMLA time off from work to grieve, or that free support groups existed, so I suffered in silence”.

Recognizing that everyone processes grief differently, Wraquel began speaking with people in the community, at churches, stores, hospitals, funeral homes, and restaurants, everywhere.  She quickly realized that there are Thousands of people in our communities that we see daily but are wearing “Happy Face Masks”, while deep inside they are carrying complicated grief or trauma.

PLEASE DON’T TURN YOUR HEAD AND LOOK THE OTHER WAY because Unresolved Complicated Grief / Trauma can spiral downward and destroy an Individual’s life:  physically, mentally, spiritually, socially causing absenteeism and low productivity at work, social problems in school. Which then can lead to destruction of relationships and families which leads to Health Issues, Alcohol / Drug use or abuse, Violence, Suicide or Overdose.  Which affects health, life and auto insurance rates, the community which affects the City / County which affects You and Me. Grief & Trauma is not a You problem but an Us problem.